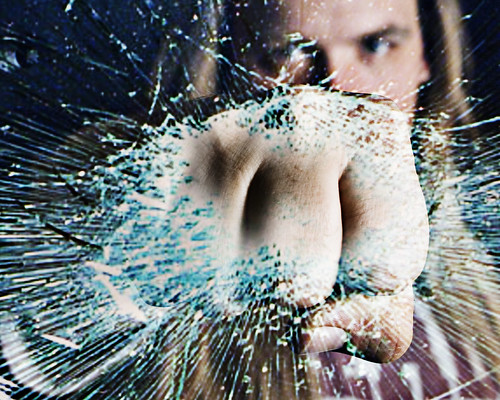 Recently I was going through my files on my computer and I came across an aborted dream/inner journal from four years ago that I’d forgotten about. It only had a few entries and one of them was this line from the inner voice:

Below the line I had written some comments stating that I thought the line had to do with sexually staring and fantasizing, that this was the ape-like behavior I was exhibiting, and that I needed to stop it. That may very well be true since that was a big problem I was struggling with back then. As Donny pointed out to me however, the ape is more of a general symbol for the animal vital in us and symbols like the dog, pig or goat more commonly represent sex itself specifically. Given this the ape could symbolize any primitive movement such as anger, jealousy, selfishness etc. and not just sex. With this idea in mind of a wide range of movements potentially symbolized by the ape, let’s further analyze the line’s meaning by looking at the words snow and shard.

As far as snow goes, the first thing that word suggests to me is purity, but there’s also the sense of cold or freezing. This gives the idea of stopping the ape-like behavior ‘cold’ and purifying myself of it. The word shard suggests something sharp and dangerous that can cause harm, so here we have the idea of ‘killing’ the ape-like behavior. In addition though I would also point out that when something is shattered it breaks up into shards, and like humpty dumpty can’t be put back together again. From this we can get the idea of ‘shattering’ the movement, weakening it to the extent that it can’t reconstitute itself and become a significant problem again.

So I guess I could sum up the line’s meaning as “Stop that ape in it tracks and shatter that impure movement.” Now one thing I really like about this line is its bluntness, the way it calls a spade a spade. It really helps me see how I’m acting like an ape, so I’ve been making use of the line since rediscovering it. I’ve mainly been using it to remind myself to snowshard the sex movement, but I also used it this morning when some annoyance reared its head. If you’re reading this and think it could help to snowshard the ape in you please feel free to use it.

One thought on “Snowshard that Ape”