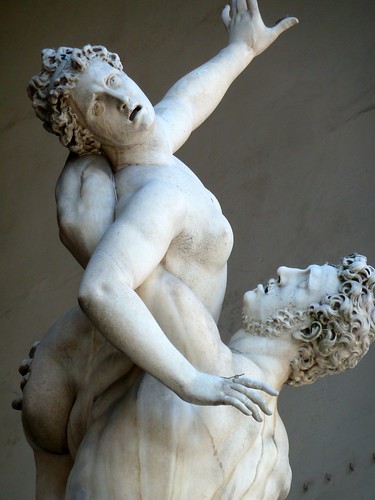 A few months ago, I was going to the garage to make sure the side door to the outside was locked. There’s a flight of three stairs you have to go down to get to the garage, and I stumbled on the last one, but was able to put my hands out on the door to the garage and catch myself. Everything seemed fine, but some worry arose that I might have really tweaked my back, and it took a little while for that anxiousness to die down.

Now I don’t remember if it was before or after the stumble, but sometime that evening I read this in Sri Aurobindo’s Letters on Yoga:

Yes, the difficulty is always that something in the nature gives a hold to the attack. It either still indulges it and likes it or even, if wanting to be free, is too accustomed to receive and respond to the old feelings, thoughts, suggestions and does not yet know how not to respond. The first thing is for the mental being to stand back, refuse to accept, say “This is no longer mine.” Then, even if the vital feeling responds to the attack, one part of the nature can be free and observe and discourage it. The next thing is for this free part to impose the same will of detachment on the vital so that after a time this also when the attack comes feels that it is something foreign, not its own,—as if a stranger had come into the room and was trying to impose his ideas or his will on the inmates. After that it becomes more easy to get rid of it altogether.1

The next morning I awoke a couple of hours before I needed to get up, and the worry that I may have really tweaked my back the night before hit again, creating anxious thoughts. I was able to go back to sleep though and had this dream:

These four guys in their late teens have broken into a house and are robbing it. The woman of the house is there, and one of them drags her into the back yard. She’s in her thirties or forties and is slim and attractive. She seems to be a housewife and I know that she actually knows all these boys from the neighborhood. She’s wearing a skirt, and the guy is trying to pull her panties off, but she’s resisting him. Then it changes and now it’s like she’s given in. The guy is on top of her and having sex with her. She seems to be taking pleasure in it, but she also seems to be out of it, like she’s drugged or something, and the whole scene has a sickly sort of blue color to it. It’s not seen but I know the other three boys each have a turn with her as well.

When I awoke from the dream I found myself struggling with the anxiety again. Then I recalled what I’d read the night before, and the meaning of the dream came clear. The woman is my vital and the four boys were the anxious thoughts and feelings having their way with it. I saw my vital was responding to the suggestions more out of habit then anything, like the woman in the dream who, although she struggled at first, gave in to the rape, but it was like she was drugged and wasn’t totally with it. The vital even takes a sort of pleasure in these negative movements just like the woman was taking pleasure in the rape in the dream.

As you might expect seeing what was happening so clearly gave the impetus and will to do as Sri Aurobindo recommends and detach and witness the movement as a foreign invasion. It died down for the most part after that though it did linger for a little while after I actually got out of bed and went about my day.

In closing, I’ll say this isn’t the first time I’ve encountered this idea in Sri Aurobindo’s writings nor the first time I’ve tried to put it into practice. It’s so easy to forget though in the heat of a vital movement. Maybe this time however the reading coupled with a dream like that has made the lesson stick in such a way that a step forward has been taken in handling these kinds of vital uprisings. I hope so.