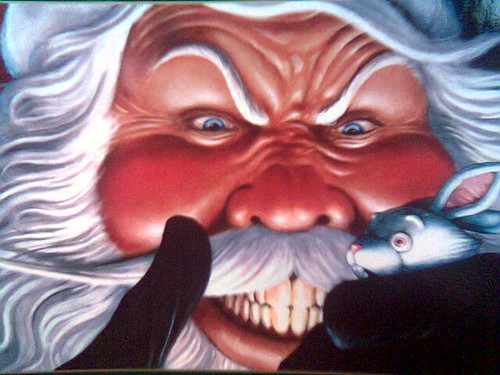 There’s a lot of traffic at our house Harm’s End in India, and some of those boys are thieves. So of course things get stolen, things belonging to people who live there, and also things belonging to guests. One of our live in boys, Asiya, had a friend whose cell phone was stolen at our house. A month or so after the theft Asiya showed up with the friend, and told Donny the boy was forbidden to return to his home until he got his cell phone replaced. Asiya claimed he and some other friends would come up with 4,000 rupees, and was asking, or rather demanding (Asiya was undergoing some rebellion at the time), that we come up with the other 2,000.

At the time I was living in the USA and would wire money to India on a weekly basis. Donny told me the situation, said he thought it was a need and that he felt sorry for the boy who’s sort of Forrest Gumpish, and mistreated by other boys as well as his family for that reason. To be frank, honesty is a problem to some extent with all the young people we work with, so I’m always skeptical of these kinds of things, and more so this time because of Asiya’s rebellion and attitude towards us. I found it hard to believe that the boy was banished from his house because his phone had gotten stolen, and wondered if the whole thing was a ruse to get 2,000 rupees for something else. I also didn’t think it was a good idea to give the money, and set that kind of precedent since we deal with people who wouldn’t have any moral quandary with lying about their phone getting stolen at our house in order to get a nice new phone on us. Also part of the equation was my general tightfistedness and dislike of charity that I went into in a recent blog post. There was even part of me that wanted to say no to Asiya because he was being rebellious and demanding, wanted to squash his demanding attitude and show him who was boss. So the answer I gave Donny was no.

Asiya persisted though, and when he would come to get money for his own needs he kept bringing it up, even brought the boy back a couple of times to ask Donny again. So I started to rethink things. I still didn’t believe that the kid was banished from home, but since Asiya didn’t drop it I started to wonder if maybe the boy really needed the money for some reason. So that night as I was praying I asked for some indication in the night of what I should do, be it a dream or muse or some kind of intuition. During that sleep cycle I had this dream:

I’m outside my maternal grandparent’s house in the driveway. I’m sitting in a car that looks like a station wagon, but it seems to me it might be a hearse. I realize this is a dream and I pass my hand through one of the windows to confirm it. Then I sit back and all of the sudden the car starts to move on its own. Things go dark around the outside of the car, and an image starts to appear on the windshield, but then the dream shifts to me being the observer. I can see this coffin with an arm sticking up out of it which is groping around. Seated next to the coffin is a Santa Claus, but one dressed in black not red. The arm grabs Santa and is pulling on him. Santa is talking to the person in the coffin.

The thing that struck me the most about the dream was the black dressed Santa or Anti-Claus as I thought of him. I felt that the dream was trying to show me that the desire not to give, to be stingy, to be Anti-Claus, was the main factor in my resisting giving the money, and not the objections I was raising such as not wanting to set a precedent etc. The black clothing also suggests to me that hostile forces were trying to influence me as well. The symbols of the hearse and the coffin suggest death of course, and maybe are showing that my Anti-Claus tendencies are a movement towards ‘death’, that is, away from growth and spiritual progress, a movement of decay. At the same time though, I have come a long way with my Anti-Claus nature compared to where I was a few years ago. So maybe the dream is also showing that movement is to some extent dead, but not completely. From that perspective the fact that the arm in the coffin is reaching out and grabbing Anti-Claus would show that I’m still not completely free of that movement of stinginess or the influence of hostile forces in this matter.

So I was basically convinced by the dream to give in to Asiya’s demand, but I guess there was part of me that still didn’t like having to admit I was wrong, so I thought I would wait until Donny mentioned Asiya bringing it up again. Donny didn’t though and maybe 10 days or so after the dream I finally broached the subject with him, and he told me he had given the friend the 2,000 rupees on his (Donny’s) birthday, and that he had sacrificed a few birthday treats for himself such as a cup of good coffee and a pastry at a local bakery, as well as a nice birthday dinner, to make up for the giving of the money. The vital initially got irked with Donny after hearing that, since as far as he knew at the time I still opposed to the giving, but I could see that feeling obviously wasn’t legitimate. Looking at it objectively I’d say I lost the opportunity to make the most progress in the matter by waiting for Donny to tell me Asiya brought it up again. I took the easy way out.

Still, I did see how my Anti-Claus nature was the predominant factor in not wanting to give the money, and not the other rationales I had. That was spelled out loud and clear by the dream, and I hope that will help me to see things more clearly in the future when other situations like this come up.