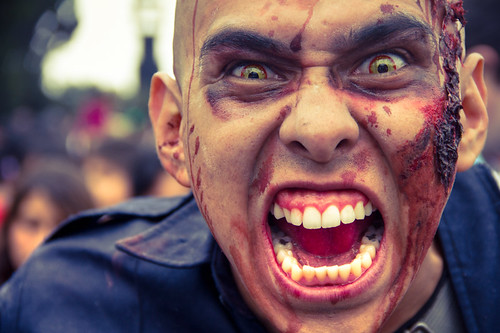 When I was living in India, myself and two friends, David and Donny, started a kids program for urban village children. That program later evolved into a home for five of those children with us as the primary caretakers. As it turned out I left India when those kids we’re on the cusp of adolescence, but I’ve still stayed involved by funding the project. For most of the time I was in India as well I was funding The Lighthouse, as we called it then (now Harm’s End like the blog), with money that I had.

In addition to the five residents (now three) we also had and still have what you might call an ‘extended family’ of Lighthouse kids that we’re involved with. Because nearly all the kids we were dealing with were from severely impoverished families we were getting asked constantly for money for all kinds of things and not just for the children’s needs. The situation has continued with me in America and I sometimes get emails from Donny voicing someone’s request for this or that. The whole situation hits a trigger in my vital and was a struggle for me then as well as now.  Part of it is selfishness as well as a conflict with the conservative values I was raised with.  As a result I’m pretty tight fisted by nature. Donny is the opposite though and we often found ourselves at odds on the giving issue which created resentment in me towards him and towards the giving in general which was something I sometimes felt was forced on me. This was made worse by the fact that the people we were dealing with would try to play Donny against me in order to get what they wanted. There was also a lot of lying where we’d be asked for money for something, but find out later the money had actually been used for something else. That also created resentment.

Both now and in the past I either decide to give or am convinced to give more often than not it seems, so that really hasn’t changed.  I have mellowed out some though in regards to the giving, see the need for it in some cases, and I’ve gotten a lot better at not getting taken over as much by the feelings of annoyance etc. that come up nor letting the decision about a certain request take over my thoughts.

I still have reactions though to the requests, sometimes big reactions where this unintegrated resentment from the past comes surging up. I had one of those reactions recently when Donny relayed a request to pay for drum lessons from Samuel who is part of the extended family.  I said no since Mugu, a resident, had been asking for the same thing, and would probably have gotten irate at us giving lessons to someone else.  That in itself was a valid point, but as I said the resentment towards the giving came up as well as another source of resentment. Let me explain. Over the years I’ve given a lot of money to Lighthouse kids for this or that class (usually something with getting a job in mind), and I know the way these urban village children will quit things at the drop of a hat if they decide they don’t like it or find it to be too much effort.  And even in the instances where a class was finished, in every case they’ve either not used the education at all or gotten a job with it and quit within a matter of weeks. The hours are long and the pay is crap in India unless you have a lot of education so I can’t not empathize a little, but as you might understand, there’s a part of me that’s really tired of watching money go to waste in the attempts to help these people better themselves.  I figured if history was any indication there was a good chance Samuel wouldn’t stick with the drum class, and it would just be more money down the drain.

So getting back to the story, even after I told Donny my answer, the vital was still miffed about the whole thing, and the mind kept mulling over things such as what I’d say if Donny didn’t drop it etc.  Then that night I had this dream:

I’m in a town and Eli Manning is there as well as a guy who’s running amok.  A car almost runs the crazy guy over, but then some people manage to capture him and put him in an old car like a Model T that has no roof.  I get in the car too as a passenger.  We’re interrogating the crazy guy, and it’s apparent he’s completely nuts.  I finally just get sick of him and throw him out of the car.  I’m glad to be rid of the guy and he’s gone for a while.  Then he’s suddenly back crawling up the outside of the car, but he’s a zombie now. We manage to dislodge him again, but then he comes creeping again up the side of the car.  Somebody suggests we go play a video game about zombies, that doing so might give us a clue as to how to get rid of him.

Shortly after waking up the next day I decided I’d had enough of all this ruling my mind and vital so I made a firm resolution to throw it out.  It wasn’t so easy to get rid of though.  It took quite a bit of work and even though I wanted it gone the thoughts and antagonistic feelings kept coming back as the thing expended its emotional charge. The dream shows this process very well, first with the crazy guy, who represented these irrational thoughts and emotions, and how I threw him out of the car, which shows my decision to throw out the vital reaction I was having. Then we see how even after I’d ‘killed’ the guy, i.e. the vital movement, it kept coming back and this is shown by the guy becoming a zombie that I can’t get rid of.

Regarding some of the other symbols in the dream I have to admit I don’t know what to make of the part at the end about playing the video game, but Eli Manning is an interesting symbol. As any football fan knows, Manning and his team the New York Giants have toppled arrogant quarterback Tom Brady and the New England Patriots twice in the Superbowl, the first time giving New England their only loss of the season. In addition to their reputation for being arrogant, the Patriots are also known for the two times they’ve been caught cheating in recent years. So if you look at the Patriots as cheating jerks with big egos, as many non-Patriots fans do, then you could see how maybe Manning represented some force or movement helping me to throw out the nasty vital reaction that had taken me over.

Another interpretation though is that Eli Manning might represent the nice guy in me since Manning, a two time Superbowl MVP quarterback, always comes across as a humble, well meaning fellow as well as a good sportsman except, of course, for when he was drafted1. The truth is there was part of me that wanted to give Samuel what he wanted because I feel sorry for him. He never stood a chance in the cutthroat Indian public school system and ended up dropping out. The future looks pretty bleak for Samuel, and the Eli Manning part of me wanted to give him something that he might take pleasure in.

So after I’d cleared out the vital reaction the Eli Manning part of me was still pleading Samuel’s case, but in the end I decided that since Donny didn’t voice any objection to my decision I would let it stand and see if Samuel pressed the issue. If he did I figured that might mean it was more than just a fleeting fancy or just arising out of a desire to make noise. Another reason, however, that I decided to let the thing drop at the time was because that I knew after I saw the meaning of the zombie dream that I’d eventually be writing this article, and that would be a chance to take another look at things.2

So in closing, while I think it’s been valuable to go into the nuts and bolts of my vital reaction, I want to reemphasize a really important lesson in this article, which is how these vital movements won’t go without a fight once you’ve let them get in and really take over. The best thing of course is to not let it get to that point, to detach yourself from them immediately if you can and don’t let yourself get fully pulled into the vital vortex. That can be hard to avoid though with things that really get your goat the way this situation did with me.  Once it’s really gotten to you though, the best thing to do, once you’re able to, is make a firm resolution to throw the vital movement out and then be more stubborn than it until it’s gone.

2 thoughts on “Can’t Get Rid Of The Zombie”