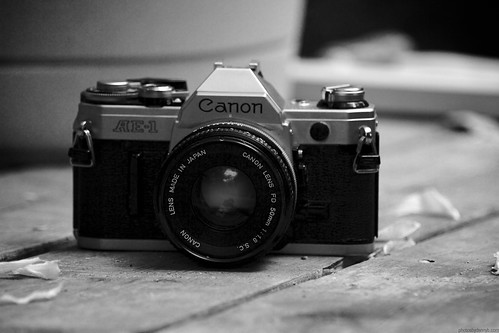 About nine months ago or so I was still living in the USA and corresponding via email with Donny about one of our young people at Harm’s End, Mugu, who is 17. The issue was Mugu had dropped out of the class he was taking to prepare him for what in India is known as the 10th Standard examination. It’s the equivalent of a high school diploma in the USA, and is a difficult exam requiring a long preparation, and Mugu didn’t have either the initiative or the discipline for it.

So we were wondering what to do with Mugu, and I brought up as I had in the past that Mugu seemed to have a thing for photography. Rather than putting him in some kind of class, Donny put forth the idea of getting him a film camera and teaching him film photography. My response was that nobody uses film cameras anymore, and that they’re a major expense compared to a digital camera, which, after the initial investment in the equipment itself, can take thousands and thousands of pictures. So I basically vetoed the idea, and as I would find out later Donny was actually okay with that. He thought a nice digital camera would be fine as well.

Then nothing happened for a while after that. I didn’t bring it up again because even though I was okay with a digital camera, I’m a cheapskate, and it would be a big chunk of change for a good digital camera with multiple lenses. I also know how irresponsible Mugu is, and was worried about the camera being lost or stolen. Then Donny brought up the film camera again, and again I argued against it. So he sent me a formation he had gotten from his muse on that matter, one that he felt had come from our teacher, the Mother, which said:

A digital camera
not the appliance he needs.
A professional camera
with lenses
develops his creativity.

Don’t mix tobacco in it.
A digital camera,
there’s a
camera
ain’t a camera
his art would say,
his art,
not mine, yours
or ours —
his camera.

A boy and his needs.
He needs a camera
just to help him
become a good man.
Become a good man,
that’s our field.
Creativity lost his show
there’s no camera.
Digital not included.1

Now as clear as that was I still wasn’t ready to give up my position on the matter, mainly I think at this point because I didn’t want to be wrong, nor to be overruled by someone’s else’s guidance. My vital also has some problems with jealousy over the fact that I can’t get a formation like that from my muse, can only get some lines here and there or small groups of lines, and that also made the whole thing hard to swallow. So I continued to argue, pointing out that what might be spent on film alone over the course of a year would buy a very nice digital camera with multiple lenses. So Donny sent me another formation that had come a while before but that he hadn’t shared with me. This one said:

Professionality
a camera,
a camera
professionality.
Digital camera
is the wrong lens.
Now get it
Like you’re supposed to
a lens camera.
Douglas don’t want to buy the camera,
Don’t want to
Because it doesn’t make sense
to his practical
intelligence.

Creativity deserves a chance.
You’re not thinking how involved he’ll be
with a professional camera.
A great occupation
color
photography.
Develop sway talent.

Grand market
shopping
must be in town.
Oh it is.
Professional camera
with lens,
telephoto one,
wide angle,
and the one you use mostly.

A lot of creativity
has room to play.
Amsterdam
doesn’t take him home.
Creativity rules.
What do we do for money?
Trust sweetheart,
just trust
and work.
There’s sadhana.2

Well after reading that I gave in, though the vital didn’t like it at all. By that point I was planning to come to India, but I wasn’t sure when, so Donny and I started looking online for a used film camera in India rather than waiting for me to buy one in the USA and bring it when I came. The search proved much more difficult than either of us were expecting and when we finally ordered a camera we didn’t read the fine print in the listing on ebay.in, and got one that was sold “as is”, and was basically broken. At this point I thought I could ask my mom if I could have my grandfather’s Canon AE-1, which had been sitting in my dad’s closet unused for years, to give to Mugu, and she said I could. So when I came to India back in December I brought that camera with me.

Then we ran into more obstacles. Both Donny and I had assumed that in a country as large as India there would be websites where you could easily buy the chemicals and darkroom equipment, but that didn’t turn out to be the case. You could find things scattered around on amazon.in and ebay.in but a lot of it seemed to be coming from the USA. So we went to a website in the USA, and could find everything we needed, but the shipping was almost as much as the cost of the chemicals and equipment. We had decided to just eat the cost, but then it occurred to me to call Auroville and try to find out if anyone there had a dark room, and knew how to order the supplies in India. From Auroville I got the name of an American man, John, who has lived in Pondicherry for many years, and was formerly an inmate of the Sri Aurobindo Ashram. I gave John a call and he invited Donny and I over to his house where we had a long talk, and he also gave us the name of man in Mumbai who could supply us with everything we needed. The way it all wonderfully worked out was just more confirmation for us that we were indeed doing the right thing with the film photography.

So we got all the chemicals and equipment to start Mugu with black and white photography. All that remained was a dark room, which is almost completed. Once it is John has offered to come over and give us some pointers from his long experience with film photography. There’s every reason to hope this will be a very positive thing for Mugu, and give him a much needed focus and creative outlet, one that will help him, if Donny’s muse is correct, to be a better man.