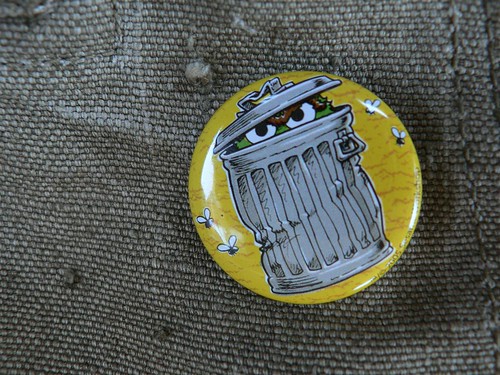 In a recent post, I pointed out how people in dreams often represent the presence in us of what we would consider their defining characteristic. I had a lucid dream recently, which is a good example of this:

I’m in a bright, well-lit house, and I realize I’m dreaming. I’m walking down a corridor and there’s a big mirror ahead of me. In the mirror I can see that there is a picture of the Mother (Mirra Alfassa) down the hall behind me.   So I turn around intending to head toward the picture, but now there’s a painting, a portrait, of Janet there instead. The entire background of the portrait is black and Janet, clothes hair and all, is kind of a smoky white or light grey color. She has an odd look on her face, which is hard to describe, but it was most certainly not positive. I go up to the painting and, assuming something’s wrong, I tell her I’ll call or email her.   Then I go around the left side of the portrait and enter a room hoping to still find the picture of the Mother. I don’t see it, but then a force picks me up, and I just ask the Mother to take me. It carries me up through the wall and roof of the room to the outside of the house. Then the dream starts to go black so I just close my eyes and move through the blackness for awhile before I wake up.

First of all let me point out that the Mother along with her partner Sri Aurobindo are my teachers, and the ones who are in charge of my spiritual welfare. They therefore appear in my dreams from time to time, and the Mother’s presence in this one let’s me know that there’s something here I need to pay attention to.

Now regarding the symbol of Janet, Janet is a former coworker and friend who’s been in the midst of a long battle with cancer. I haven’t been very attentive to her situation as of late, and I feel on one level the dream was showing me things are not good with her at the moment. After contacting Janet, I found out that things indeed aren’t good, and I made arrangements for my mom and I to take Janet out to lunch next weekend.

On another level though I feel the Mother was trying to draw attention to something in me represented by Janet, something I need to work on. Now while Janet has many positive qualities, on the negative side anyone who has ever worked with her knows she is very much a grumbler and complainer, to the point that people have referred to her as a ‘negative’ person. She is also very inflexible and very resistant to change. Having this dream prompted me to have a closer look at how I act like Janet.

I find my ‘Janetness’ is more of an issue at work, and in general it’s more of an inner grumbling than an outer one.   Lots of things come up that I don’t want to do or think is the wrong thing to do or think is eating up time that could better be spent doing something else. Despite what I’m feeling on the inside though, I do what I’m asked even if I have issues with it and don’t usually outwardly show my feelings by complaining or protesting.   I do also at times express things negatively or pessimistically in speech, but not to the point where anyone would refer to me as a negative person. On the contrary, most people would probably say I’m a positive person, though I’m not as positive as I might seem on the surface. I’ve just developed a certain amount of self-control, and I suspect that’s the way most ‘positive’ people are. This sort of self-control though is very important and we certainly shouldn’t knock it, but it’s necessary to go further.

So what’s the cure? I think ultimately the only complete cure is to transition to a higher consciousness to which these movements are completely foreign. What, however, can you do in the meantime? Well one thing I pointed out in another post is to try and remember that ultimately everything comes from the One1, and if a task falls to you in a situation like your job where you can’t really refuse, you can try and accept the fact that the Divine himself has thrust this work upon you, and then do it as best you can for that reason. That requires a mental effort though and isn’t always so easy at least for me.

Then there’s also the element of active rejection. I recently read a wonderful passage by the Mother about this, and it seems like a fitting end to this post. She tells us:

This is the dark side. And so, the moment one sees it, if one looks at it and doesn’t say, “It is I”, if one says, “No, it is my shadow, it is the being I must throw out of myself”, one puts on it the light of the other part, one tries to bring them face to face; and with the knowledge and light of the other, one doesn’t try so much to convince—because that is very difficult—but one compels it to remain quiet… first to stand farther away, then one flings it very far away so that it can no longer return—putting a great light on it. There are instances in which it is possible to change, but this is very rare. There are instances in which one can put upon this being—or this shadow—put upon it such an intense light that it transforms it, and it changes into what is the truth of your being.

But this is a rare thing…. It can be done, but it is rare. Usually, the best thing is to say, “No, this is not I! I don’t want it! I have nothing to do with this movement, it doesn’t exist for me, it is something contrary to my nature!” And so, by dint of insisting and driving it away, finally one separates oneself from it.2