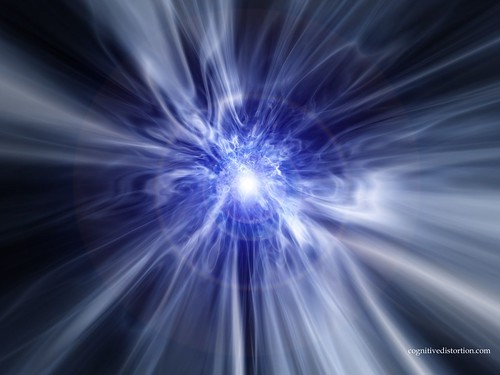 Recently I was talking to my mom about prevision in dreams, and to illustrate the point I told her the best example I have of prevision from my own dream life. This dream happened in 1999 while I was living in State College Pennsylvania, where I had attended university at Penn State a few years earlier.  My brother Rick, who I hadn’t seen in awhile, was coming to State College with his fiancee to attend some sort of function and planned to stop by my apartment to visit me. The night before his arrival I dreamed that I was in an apartment with one of my roommates, Kevin, and talking to Rick on the phone. He told me “Where are you? I can’t find you.”

The next day I was sitting at home around the time Rick was supposed to show up, and I kept waiting and waiting. I realized something was wrong and then the phone rang and it was my mom who told me Rick wasn’t coming because he misunderstood where my house was and gone to the wrong side of town.  Once he realized the mistake it was too late for him to come see me before he had to be at the function, so he had mom call me and tell me what had happened. We were able to meet up though later at a bar, but as you can see the element of prevision here is obvious even though the details didn’t match up exactly.

It took mom a minute, but she was able to see the connection and of course her next question was how could a dream show that movement in advance. I told her to think of it like a seed and a tree. I explained that one way to think about it is that everything that happens in waking life arises from an inner reality that gives rise to this outer or waking reality in the same way that a seed gives rise to a tree, and so our dreams can show these things in a symbolic way before they happen.

Now mom and I didn’t get into it, but once you understand that prevision appears in dreams the next question is why is being able to see prevision in dreams important? Well on one level it could potentially give a person the ability to act and maybe change something, but prevision in dreams concerning outer events is usually so approximate and so mixed in with other dream elements that I can’t see it until after the fact. There is a type of prevision in dreams though that has more to do with your inner state, that is with movements of consciousness. If you know for example that getting bit by a snake in a dream is indicative of some kind of vital reaction you can be on the lookout for it and I have had instances where dreams like this have helped me to head a vital reaction off at the pass.

More fundamentally though seeing the prevision aspect of dreams as individuals and in the future as a society can help to provide a sort of reversal to our worldview. Right now most of us regard this waking reality as primary, whereas in actuality it’s just the final result of things going on on levels of reality that most of us aren’t conscious of. There’s an excellent passage in Sri Aurobindo’s Savitri that explains this:

Our outward happenings have their seed within,
And even this random Fate that imitates Chance,
This mass of unintelligible results,
Are the dumb graph of truths that work unseen:
The laws of the Unknown create the known.
The events that shape the appearance of our lives
Are a cipher of subliminal quiverings
Which rarely we surprise or vaguely feel,
Are an outcome of suppressed realities
That hardly rise into material day:1

Now in complete candor I’ll admit that this reversal of worldview hasn’t gone any farther in me than an idea, and a fleeting one at that. I do feel though that with the right development the reversal can go deeper and change one’s entire actual lived experience of reality. You have to start somewhere though, and hitching your wagon to ideas like the inner reality giving rise to the outer, oneness etc. is a step on the way. As a society too, evolving towards its own sort of reversal, we’ll have to start with ideas, but big ideas like this coming out into the light of day on a societal level could be what gets us pointed in the right direction even if the actual transformation of society takes a long, long time.