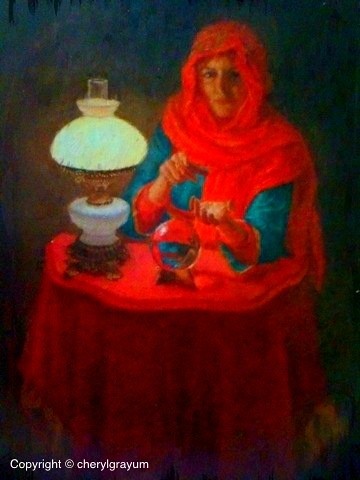 Over the years I’ve had the experience a number of times of dreaming about someone I’ve known and then the next day or so I meet someone who either looks like them or resembles them in terms of character, or sometimes both.   It’s a sort of foreshadowing, but one I at least can’t see until after the fact.  So having said that let me share one of these experiences.

I was sitting in large classroom auditorium, maybe about half-way up the rows.  Seated in the same row as me were my boss Bud, my coworker Pete, and my former coworker Cindi.  Bud had apparently brought Cindi back as our director of sales.

Cindi was the director of sales for nearly two years at the chamber of commerce where I work. During those two years in addition to working at the chamber Cindi was also always going from one side job to the next, things like pyramid schemes, selling supplements etc. She was just that sort of person and I think a lot of us have know someone like that.

Now I’d basically forgotten about this dream until about three days later when a woman, Alberta, walked into the chamber saying she wanted to join for two types of products she was selling.  The first was a type of make-up and the other was a type of essential oils that Cindi used to peddle.  Alberta seemed to be cut from the same cloth as Cindi since it seemed this was just the latest thing she’d undertaken to make money and she had probably tried many other little schemes before.  There was also some similarities in personality between Alberta and Cindi, but no physical resemblance.

Alberta came into the chamber frequently for maybe six weeks or so for various things related to her business ventures. Both my co-worker Rhonda and I were very involved in her process and tried to help her. I don’t recall at what moment I made the connection with the dream, but at some point I realized that “Cindi”, in the form of Alberta, who had a similar character, had indeed returned to the chamber but as a member and not as our director of sales. Then one day Alberta just up and vanished.

In closing I’ll say that there doesn’t seem to be much practical use for a dream like this other that to remind us that things are taking shape in the inner reality before they manifest out here.  That I think though is a valuable thing of which to be reminded. I also think its very possible this dream was showing something psychological in me represented by the return of Cindi.  If I have other dreams about her I’ll try to pay attention and see if I can connect it with some movement in me.