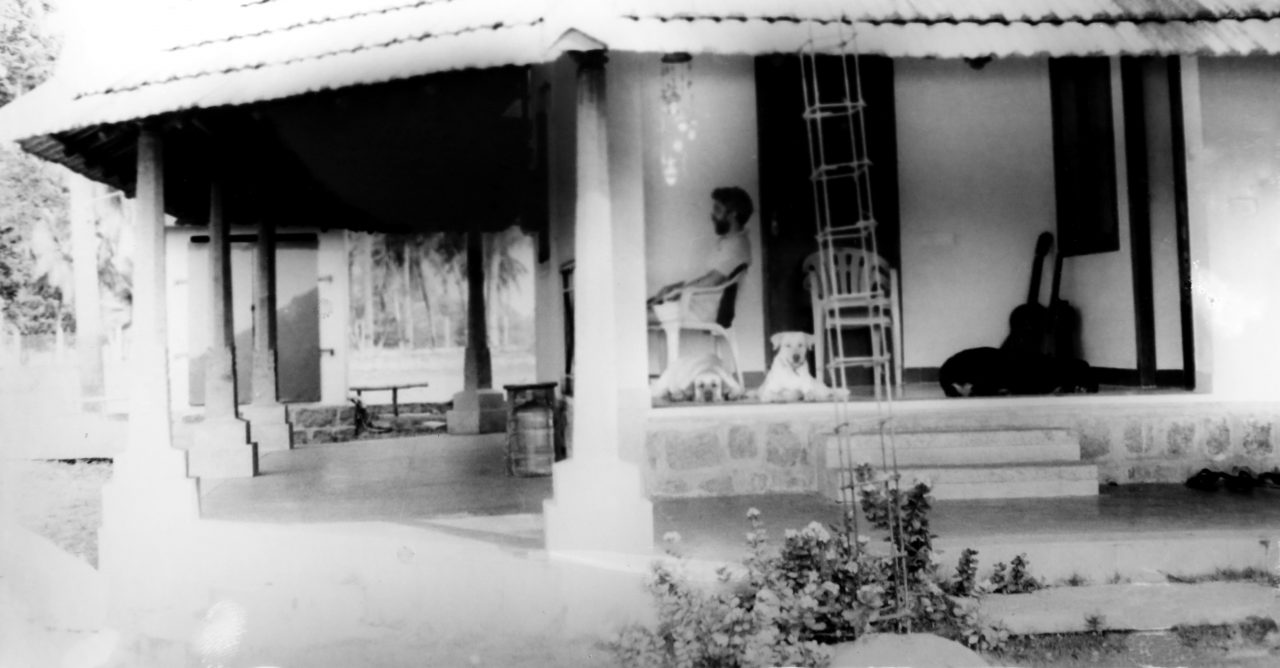 Recently here at Harm’s End we were able to finally do something we’ve wanted to do for a while which is upgrade our satsung room with some dark blue carpet and a fresh coat of white paint on the walls. We also got some nice meditation cushions, and the final touch was some nice pictures of the Mother and Sri Aurobindo to hang on the walls.

To get the pictures Donny and I went to a place in town called Harpagon Workshop, which is a department of the Sri Aurobindo Ashram, and which has a very large photo gallery with thousands of pictures of Sri Aurobindo and the Mother of all different sizes. In addition to shopping for the satsung room, I was also on the lookout for one more picture for my room, one that would be directly across from me as I’m sitting in my chair. Shortly after we arrived at the gallery one picture really popped out at me of the Mother standing at the top of a staircase. I was drawn strongly to the picture, and thought it would be good one for my room.

Later on, as Donny and I were admiring the picture newly hung on my wall, he told me that this particular photo was the first image he ever saw of the Mother. It had been on the cover of a book called The Sunlit Path, which is a compilation of the Mother’s writings. I was also already familiar with the photo as well as that book, but Donny told me something I didn’t know about it, and that was that it was taken on the Kali Puja day when the Mother came down the stairs, and then gave blessings to all the ashramites. I found that very interesting since I had drawn the card that represents Mahakali1 that day from The Eternity Game, and I took it as confirmation that this indeed was the photo that was needed for my room. I also thought this could herald more involvement from that particular aspect of the Divine Shakti in my sadhana which is good news since the name of that card in The Eternity Game is ‘Power’ and its aspects are ‘Transformation’, ‘Rapidity’ and ‘Height.’ In the description of the card Medhananda states that:

Her way is a rapid transformation by the sudden and immediately effective removal of all obstacles opposing her divine will.2

For that to happen though:

she insists that we take our seat on the highest heights of our consciousness; only then can she shatter our limitations and smallness. Only when our aspiration mounts like a flame will she remove the enemies from our path.3

So getting Mahakali’s help isn’t easy, but maybe I’m nearing the point where that sort of decisive and irrevocable help is possible. I hope so. I did have one experience of Mahakali’s help a year or so ago on a day when I was caught up in a strong movement of anxiety. I had drawn the Mahakali card for that day and remembering that prompted me to call on her for help. It wasn’t instantaneous, but shortly after that the anxiety quickly lifted leaving me feeling peaceful. That wasn’t the end of my trouble with anxiety, but it showed me the possibility of Mahakali’s intervention. 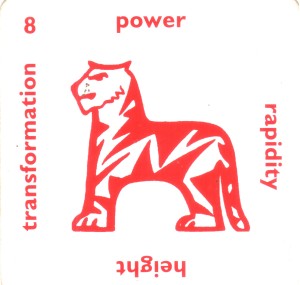 It bears mentioning as an endnote to this post that after these events occurred I saw they would make a good article showing synchronicity, and had been planning to write it over the coming weekend. On Saturday I also drew the Mahakali card, which prompted me to follow through on writing the article, and I also took it as a sign that writing it was timely and fit with my process.